Wheel Of The Year Plaque 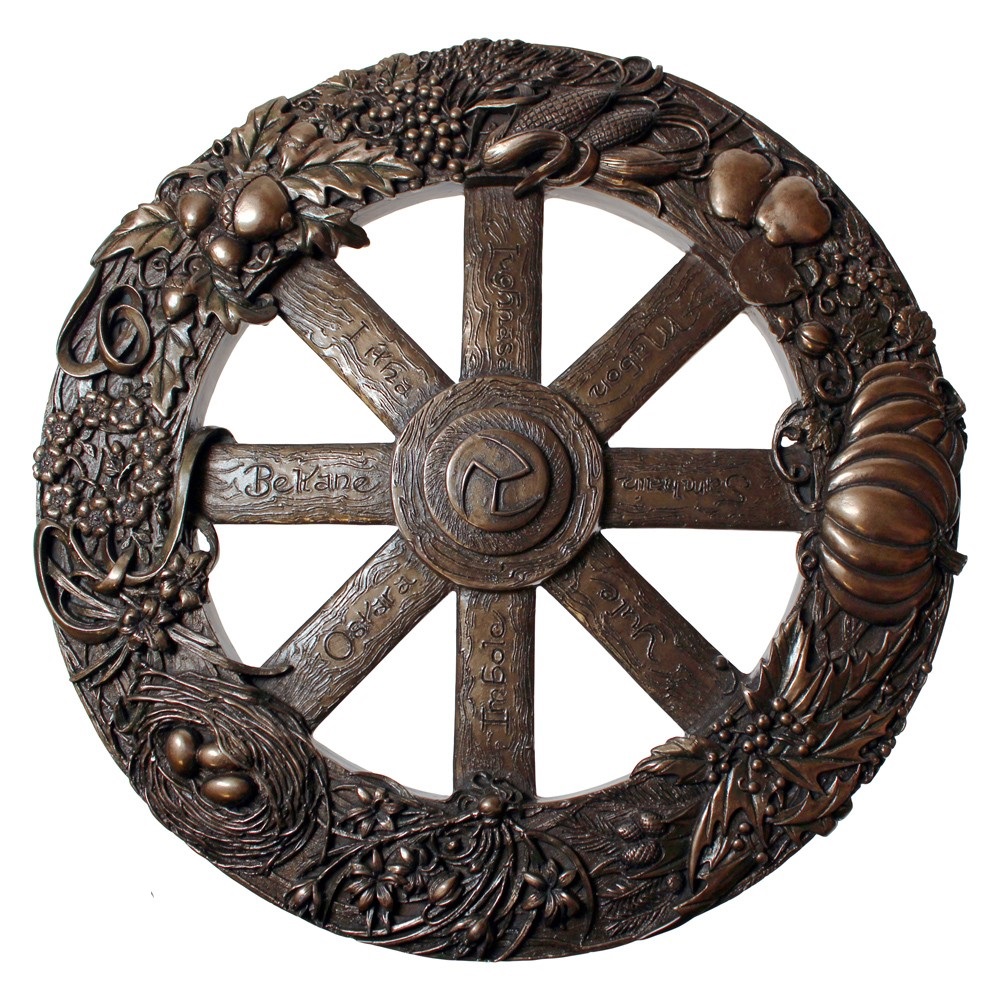 0 in your basket
View Basket Checkout

Originally there were only four great Sabbaths which came from the early Celts, these were Samhain which was the Celts start to Winter as they only had Winter & Summer. Samhain was the start of a new year. Next came Imbolc, then Beltane (the start of Summer) and last was Lammas, all four of them were Fire festivals.

Then in later years came the Two Solstice's and two equinox's, making up the eight festivals/Sabbaths. The latter been equally as important as the previous four and all eight are wildly followed and celebrated throughout the world in modern-day Pagan & Wiccan circles.

You don't have to be part of a circle to enjoy these beautiful times of the year as the Wheel turns, you can just be on your own out in the countryside and feel and embrace all the that is at these special times of the year.

Bronze effect, made of cold cast resin. Wall mounts for each Sabbat so you can  turn the wheel as it passes through each phase.

Recommend this to a friend  +