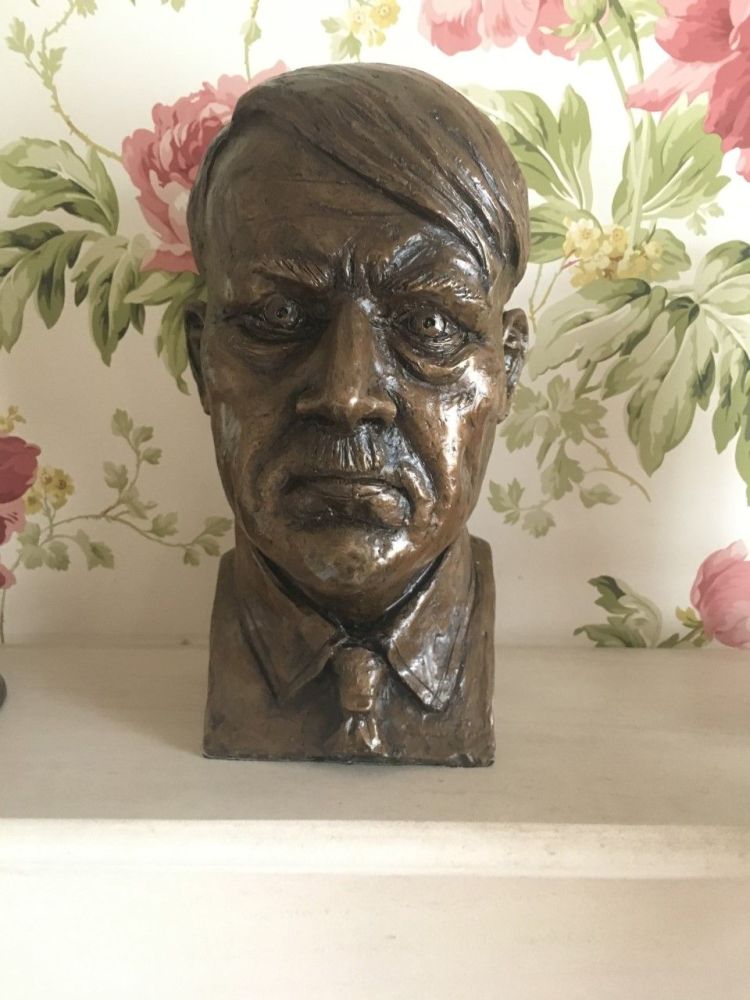 0 in your basket
View Basket Checkout

This bust of the German Fuhrer Adolf Hitler is an actual life size. Although there is alot of stigma attached to Hitler there is also a perspective seen through the eyes of the German people at the time which may conflict with the ideas of what is taught in english schools and history books.

Born in Austria 20th April 1889 he fought in the 1st World war he then became leader of the Nazi Party from the year 1920/21 to the Chancellor of Germany on the 30th January 1933 and then soon to be Fuher.

Hitler had many admirers from the west including the abdicated King Of England Edward V11 who vistited Hitler in 1937. Hitler was concidered an Occultist along with fellow compatriots such as Rudolf Hess who also studied Homoepathy and herbalism. Hitler realised the power of symbology and is very evident espesially with the Swazsticker.

This Hitler bust was originally commisioned by an officer in the British Army who ordered ten of them. That in itself is a statement.

Available in two different finishes, light and dark to suit the individuals taste and home decor.Please state which finish you would like please. Made of cold cast bronze resin.

Weight is an impressive 7kg

H 30.5cm  all measurments are approx.

Recommend this to a friend  +